Britain never had a reckoning with the fascists in our midst

In the 1930s the British upper classes were absolutely riddled with fascists and antisemites.

There was Oswald Mosley and the British Union of Fascists, which boasted tens of thousands of members, and loads of high-profile supporters including the Daily Mail proprietor Lord Rothermere (great-grandfather of the current owner), who was a personal friend of Adolf Hitler. 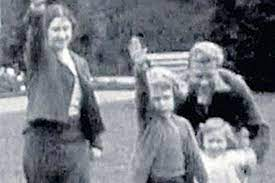 There were fascist-sympathisers throughout the aristocracy and the royal family. We've all seen the pictures of Edward teaching the young future queen Elizabeth to do Nazi salutes in the gardens of Balmoral Castle (despite royalist efforts to censor them).

The Tory party was particularly infested with fascists, with loads of Tory MPs and lords signed up to secretive organisations aimed at promoting fascist and antisemitic ideologies.

The Anglo-German Fellowship was dedicated to fostering stronger relations with Nazi Germany. It boasted dozens of Tory party politicians amongst its membership, as well as Bank of England director Frank Cyril Tiarks (who was also a member of the British Union of Fascists), Bank of England governor Montagu Norman, Admiral Sir Barry Domvile, and Geoffrey Dawson who was editor of The Times.

The Anglo-German Fellowship was supported by a propaganda operation called The Link, headed up by the traitor Barry Domville.

There was also the Imperial Fascist League which was led by the virulent antisemite Arnold Leese, who continued propagandising in favour of Nazi Germany deep into the Second World War from a series of hideouts.

Then there was the truly despicable Right Club which sought to drive Jewish people out of public life, founded by the Tory MP Archibald Ramsay.

The Right Club finally collapsed in 1940 when they were discovered plotting to undermine the British war effort by stealing secret cables between Winston Churchill and President Roosevelt, with the intention of leaking them. 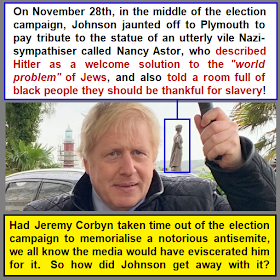 And let's not forget that the widely-celebrated Tory MP Nancy Astor was one of the leaders of the fascist-sympathising Cliveden Set.

Tories, royals, capitalists, and establishment elitists adored Nazi Germany because the first thing Adolf Hitler did when he came to power was to send all the socialists, communists, anarchists, trade unionists, and other assorted leftists to the concentration camps.

They saw fascism as the perfect means of preserving their own wealth, power and privilege, through the ruthless persecution of the political left.

A small minority of the most egregiously pro-fascist figures like Barry Domville, Arnold Leese, Oswald Mosley, and Archibald Ramsay were interned as national security threats during the Second World War, and Joyce (Lord Haw-Haw) was captured and executed for treason in 1946.

However the vast majority of these establishment fascists were allowed to keep their positions of power and influence in the upper echelons of British society throughout the Second World War, and long into the post-war period.

Loads of these aristocratic fascists were even handed important promotions in the post-war period, and lavished with establishment honours like knighthoods and seats in the unelected House of Lords.

Is anyone really naïve enough to believe that all of these people simply gave up their extreme-right, antisemitic, and rabidly anti-left politics, despite having suffered absolutely no punishment whatever for holding such disgusting beliefs, even after our cities had been pounded to rubble by the people they'd been championing?

Of course they didn't. They just learned to hide their despicable extreme-right political views more carefully.

This abject post-war failure to stamp fascists out of public life is one of the big reasons why there's still a disturbing and powerful seam of fascist ideology within Britain's grotesque establishment class.

You look at the racism of the British tabloid press and their constant scapegoating of immigrants; the revocation of British rights from Commonwealth citizens in the 1970s; Enoch Powell's "Rivers of Blood" speech; the anti-gay hysteria of the 1980s; the decades-long campaign of blacklisting of left-leaning journalists from the BBC; the rampant racism within institutions of state like the Metropolitan Police; the casual disregard for the millions of victims of Britain's imperialist war-mongering; the systematic demonisation of all left-wing political figures; the extreme-right ultranationalism that drove Brexit over the winning line; the fetishisation of nationalist symbolism and the military; the idolisation of disgustingly antisemitic Nazi-sympathisers like Nancy Astor; the massive blacklists of trade union activists across numerous industrial sectors; the ongoing systematic persecution of disabled people; Theresa May's unlawfully racist "Hostile Environment" and the Windrush Scandal; the constant right-wing agitation for the destruction of our human rights; Boris Johnson's depraved "let the bodies pile high" attitude to the plight of vulnerable people during the pandemic; and Priti Patel's deportation of refugees to Rwanda ...

The reason the British establishment class is so rotten is that we never had a reckoning with the people who wanted Britain to emulate Nazi Germany.

Instead we let them keep their positions of power and influence, and quietly seep their disgusting fascist ideology into the fabric of British society.